Though the 1600’s was a time dominated by new concepts concerning the spiritual and intellectual autonomy of the individual, the people of Europe remained devoutly concerned with faith and spirituality. However, the cultural upheaval that resulted from the Reformation shook the reliability of the people’s devotion in the eyes of the Catholic Church, and the buildings it commissioned henceforth looked to inspire the spiritual resurgence of the Baroque. The architectural changes that resulted from these dramatic cultural and spiritual shifts produced several dynamic places of worship, such as San Andrea al Quirinale constructed from 1658 to 1672. The master architect and sculptor Gian Lorenzo Bernini’s most loved work, S. Andrea, stands as a monumental piece of Baroque architecture whose innovative design both beautifully exemplifies the post-Reformation attitude of the Catholic Church and testifies to the genius of Bernini.

Commissioned by the Society of Jesus, the Jesuit order of the Catholic Church, to replace an old chapel attached to its novitiate, S. Andrea demonstrates the post-Reformation desire of the Church to elicit personal and emotional reactions from their parishioners and, in so doing, welcome people back to Catholicism. After the Protestant Reformation, the Catholic Church hoped to draw back those persuaded by Martin Luther and his followers. The desire of the Church to attract worshippers with theatricality created by rich decoration overruled the wish of the Jesuit order to keep the newly commissioned S. Andrea austere in order to reflect the Jesuit’s vow of modesty and poverty. In fact, Bernini’s S. Andrea only came to realization under Alexander VII after several complicated rounds of negotiations involving the pope, the Jesuits, Bernini, and Prince Camillo Paphili, a wealthy Jesuit patron.[1] As stated by Connors, “the situation at S. Andrea was split within the ranks of the order between a party of austerity and a party of material splendor, with the balance tipped in favor of the latter by a powerful patron, and an architect capable of handling a huge influx of wealth without difficulty.”[2] Thus, the richly decorated S. Andrea standing today results from the combined desires of Camillo Pamphili, Bernini, and the other members of the Catholic Church who wished to utilize the techniques of the Baroque to accomplish the Church’s goals. With the design principle of S. Andrea settled, Bernini built on the Church’s desire to inspire a feeling of unity with its congregation and looked to create a space that would, through form, sculpture, and light, cause worshippers to emotionally react.

Bernini's facade design not only communicated a welcome to worshippers, but also proved the most importan contribution of S. Andrea al Quirinale to the innovative changes that shaped the evolution of church architecture. Decorated only with Camillo Pamphili’s large coat of arms complete with a papal crown, S. Andrea’s restrained, windowless façade is dominated by two massive Corinthian pilasters that support a classical triangular pediment. The design breaks all ties to antiquity, however, with the curved entrance canopy and porch that erupt outward from this traditional façade. As seen in Figure 1, S. Andrea’s semicircular portico, which is supported by two ionic columns, swings away from the church’s front in a vigorous convex arc above a platform of shallow steps that repeat its curve in a series of widening arcs.[3] The curving porch also bisects a concave-shaped piazza. In this façade, Bernini masterfully combines convex and concave forms to create a feeling of welcome to the church’s visitors. The concave piazza draws them into the space with embracing arms, while the inviting convex stairs and porch further beckon parishioners inside. Trachtenberg and Hyman call S. Andrea’s façade “among the most prophetic architectural conceptions of the period.”[4] Employed by Bernini to draw in visitors, this architectural innovation would continue to resonate in church architecture throughout the 17th century. 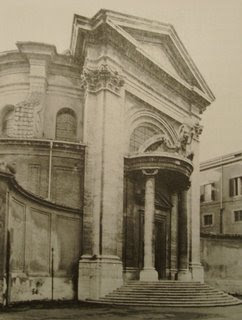 Figure 1 – Image showing S. Andrea al Quirinale’s prophetic façade.
Bernini’s overall design of S. Andrea adds to the welcoming feeling created by the church’s exterior and serves to incite a spatial unity between the parishioners and the mass, furthering the Catholic Church’s post-Reformation goals. Only about 115 ft. wide and less than 100 ft. deep[5] the small church forms a pure oval in plan, as seen in Figure 2. Thus, worshippers are drawn right into the space where mass is taking place. Bernini has replaced the side aisles, chapels, and long naves of the Renaissance with a very intimate space that inseparably unites the mass and the congregation. This central-type design also demonstrates Bernini’s belief in the importance of simple geometrical forms and classical figures, such as the circle in building design. Though S. Andrea forms a transverse oval, its plan still references to a classical plan. From this simple form, Bernini could both create the feeling of unity the Church wanted to establish with its parishioners, and build from this classical base to give the space an emotive coloring through the multiplication of edges and vibrant blurring of line[6] that would elicit an emotional response. 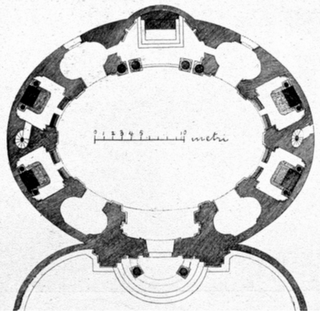 Figure 2 – Plan of S. Andrea al Quirinale illustrating the spatial unity of the church
Bernini’s brilliant use of color, sculpture, and light in S. Andrea’s interior dramatically accomplishes the new Baroque desires of the Church. “Built to impress rather than to welcome, it [S. Andrea’s interior] is an attention-grabbing celebration of bravado and audacity in marble, stucco, and gilt, an ecclesiastical stage set unparalleled in Rome.”[7] Upon entering, visitors are first overwhelmed by the church’s striking color scheme. Eight colossal white square Corinthian pilasters mark out the principal spatial configuration of the church, while the lesser pilasters and free freestanding columns are covered in delicate, white-speckled, rose-tinted marble.[8] This swirl of colored marble rests between a dome that glistens gold and a patterned black and white marble floor. Bernini placed the white Corinthian pilasters in orderly rhythm around the church to focus the visitor’s eye and nudge it inexorably toward the main altar, which stands in a high narrow niche behind four massive Corinthian columns.[9] Here, light from a concealed window theatrically streams down into the apse and illuminates a picture frame supported by cherubs and solar rays, all in gold.[10] This concealed light source has a far different effect than the eight nearly square windows that sit just below the beginnings of S. Andrea’s dome. While the eight square windows bath the church in a warm natural light, the conceal window draws all eyes to the painting it illuminates behind the shadow separating the church’s main space from the depths of the high altar. The painting, The Crucifixion of St. Andrew by Guglielmo Cortes, depicts Andrew, one of Jesus’s first disciples, just before his death. Hung on a saltire cross, meaning essentially two pieces of wood arranged in a large X, Andrew is seen gazing heavenward. As parishioners follow his gaze, their eyes come to the focal point of the church, Bernini’s enormous figure of Saint Andrew, which sits on a stucco cloud atop the center of the heavy semicircular pediment that caps the altar (Figure 3).[11] As said by Morrissey, “this statue of an old man, his lanky arms outstretched in surrender, his knobby left knee bent out into the church as if he were about to stumble from his amorphous aerie, his simple face and euphoric gaze lifted toward the bliss of heaven, is full of emotion, almost quivering with the thrill of his ascent into paradise.”[12] Through his use of theatricality, Bernini has drawn churchgoers into the ascension of Andrew and they can now follow his gaze still further into S. Andrea’s golden dome representing the vault of heaven. Around the dome, rest two rings of figures. Fishermen carrying oars, shells, reeds, and nets rest over the windows at the dome’s base and represent St. Andrew’s earthly occupation. Above them, encircling an oculus that emits a golden light let in by the colored glass of the lantern sit a ring of putti. Higher still, craved into the lantern’s dome flies a dove cleverly representing both the Holy Spirit of Andrew’s heavenly home and the Pamphili family. In all, 138 stucco figures of various sizes cover the upper reaches of the church.[13] Bernini’s dramatically theatrical use of color, light, and sculptor beautifully accomplishes the Baroque desires of the Church by eliciting an emotional reaction from worshippers as they participate in the miracle of Saint Andrew’s ascension. 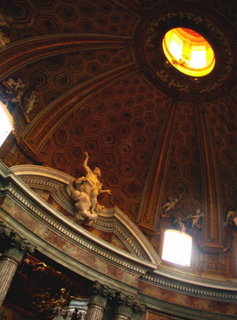 Figure 3 – Image showing the sculptural and luminal effects of S. Andrea’s interior.
Taking fourteen years to complete, San Andrea al Quirinale is perhaps the most innately dramatic building Bernini ever designed by himself and certainly the structure he most loved.[14] Acclaimed as one of the finest achievements of Bernini’s long and brilliant career,[15] S. Andrea stands as a monumental piece of Baroque architecture whose innovative design both beautifully exemplifies the post-Reformation attitude of the Catholic Church and testifies to the genius of Bernini. S. Andrea’s welcoming design, unifying form, and richly decorated theatrical interior elicit personal and emotional reactions from the church’s parishioners and, in so doing, welcome people back to Catholicism. Bernini’s innovative masterpiece has not only greatly influenced the evolution of church architecture, but also continues to awe modern churchgoers.